Vice Admiral Mark I. Fox, Deputy Director of the U.S. Central Command at MacDill AFB, addressed our dinner meeting at Bird Key Yacht Club on the evening of May 21. The meeting was very well attended, with a total of 94 present, including members of our council, numerous members from the Military Officers Association of Sarasota, and members of the general public.

The evening began with  Admiral Fox presenting our council’s gift certificates to the USCG Cutter Crocodile’s Sailor of the Quarter, BM2 Ryan O’Hare, and USCG Station Cortez’ Sailor of the Quarter, Fireman Sarah Hill. After being introduced by Mr. John Osterweil, Admiral Fox addressed the responsibilities of the Central Command and the strategic environment it faces: the unrest in Syria; Iran’s nuclear ambition; Sunni - Shia sectarian violence; Israeli - Palestinian conflict; and the perception of U.S. disengagement in the region. He also addressed our nation’s  historic cycle of drastic cuts in military spending following conflicts and the high costs in “…blood and treasure…” that inevitably follow those cuts, and noted that we are in yet another of those cutting cycles, with spending from FY 2010 thru FY 2015 being cut by 26%.

Following his presentation, Admiral Fox held a 30-minute question-and-answer session, which concluded with his recounting his combat sortie on January 17, 1991, during Operation Desert Storm, when he shot down an Iraqi MiG-21, and then continued on his mission and bombed an Iraqi airfield in western Iraq.

After the conclusion of his riveting and educational remarks, Admiral Fox was presented  an autographed copy of astronaut Gene Cernan’s book, The Last man on the Moon, which was provided to our council by Mr. Osterweil. 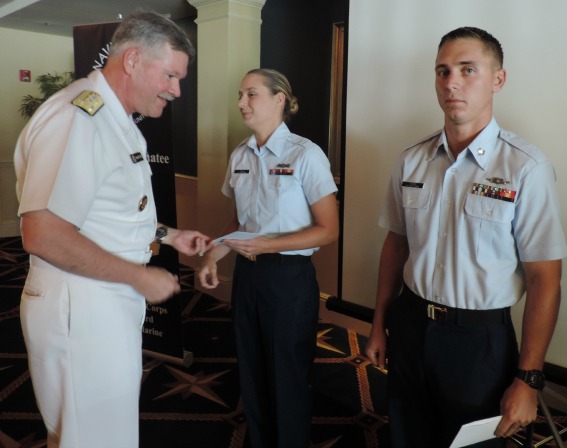 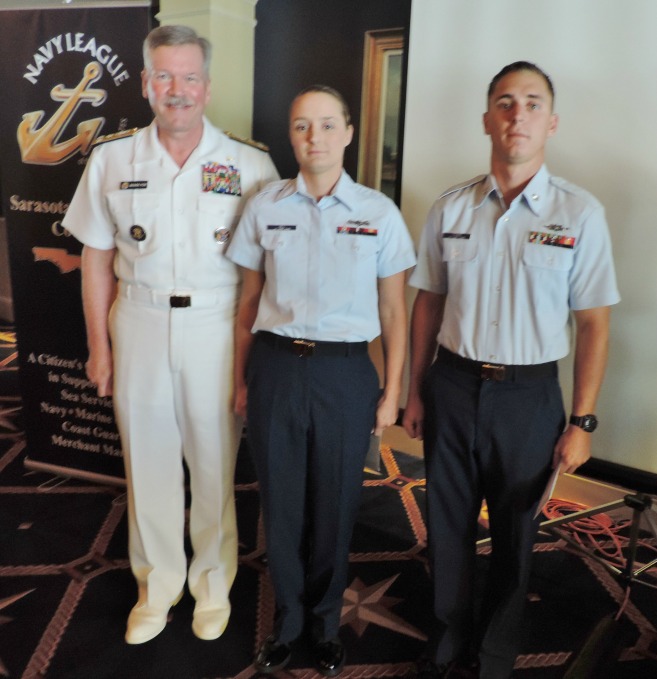 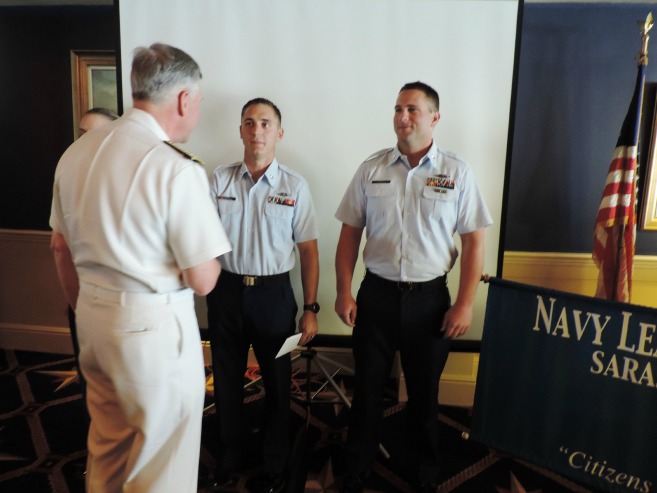 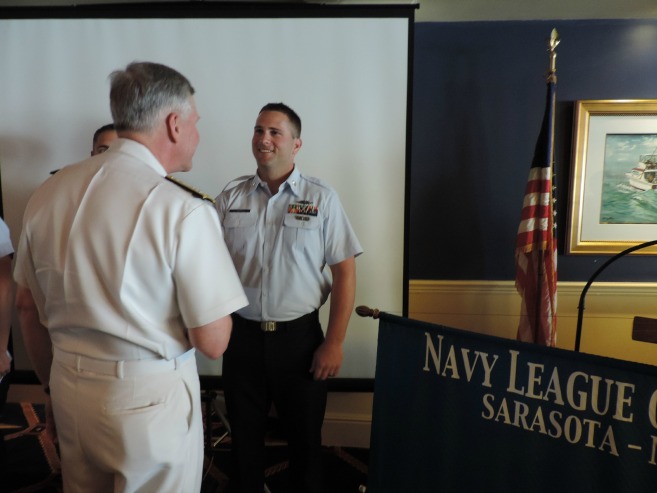 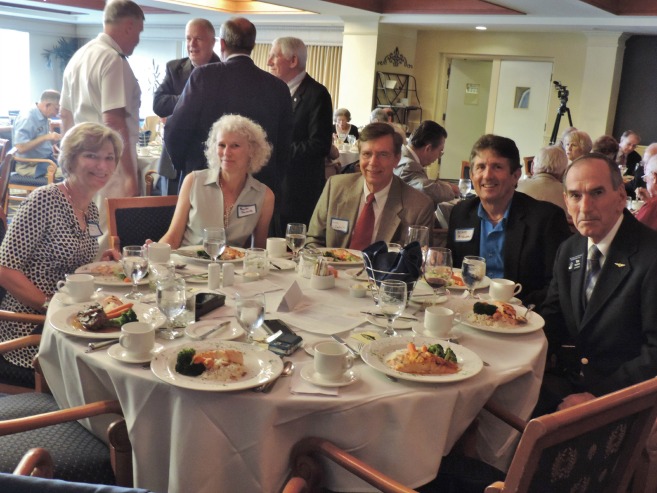 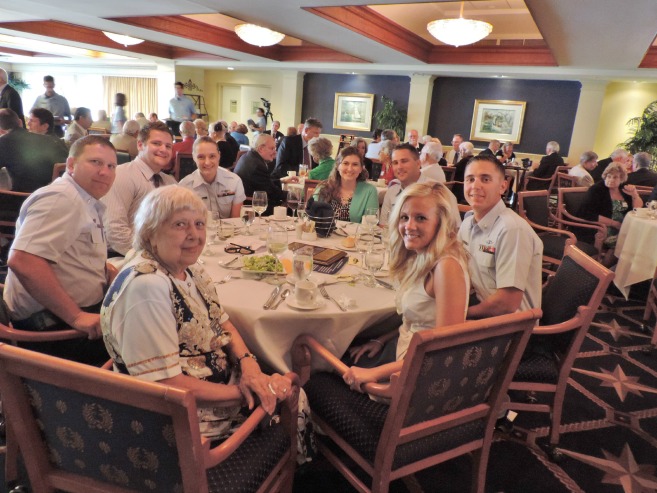 The Coastie table plus June Moore 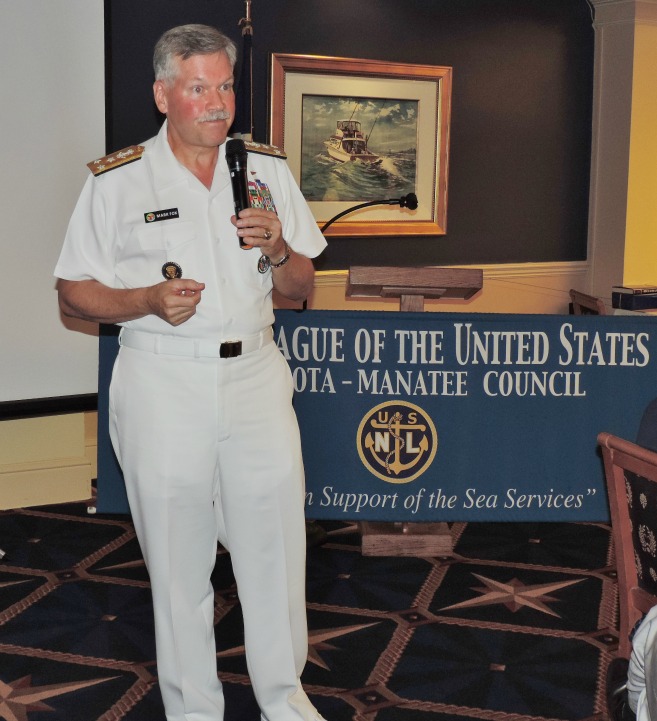 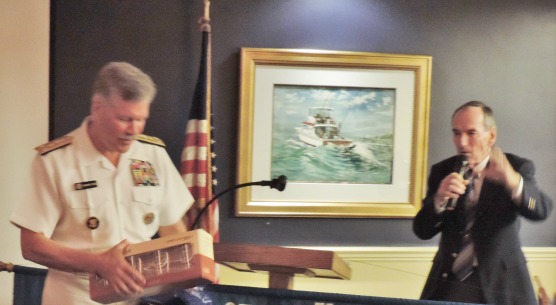 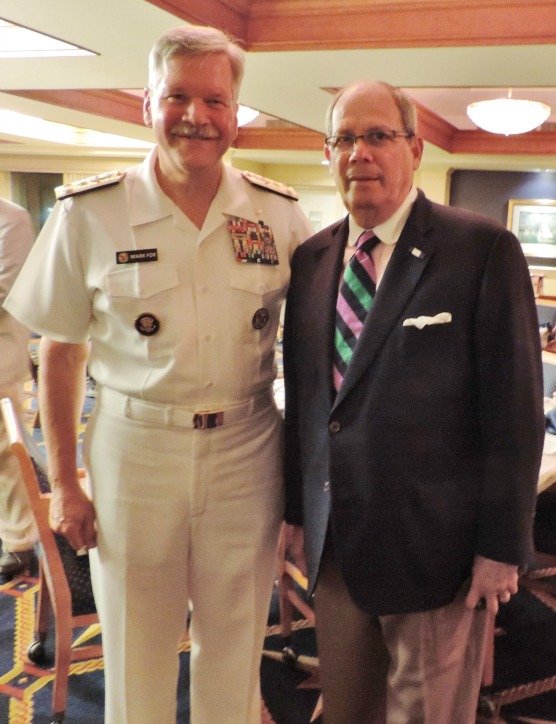 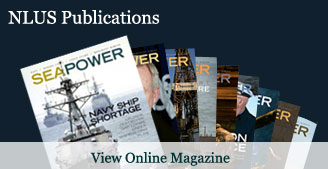