The Sarasota – Manatee Council recognized 4 outstanding cadets from local JROTC units during our luncheon at the Plantation Golf and Country Club in Venice on April 15th. The awards were given as part of our annual recognition of the best-and-brightest in the youth programs that we support : The JROTC units in North Port and Venice High Schools; the DeSoto Young Marines and the Venice Middle School Young Marines; and the Maritime Eagles Sea Cadets.

Guest speaker for the event was Command Master Chief (Ret) Jack  R. Sanzalone, a veteran of 30 years Naval service, nearly all of it in the submarine force. He gave a superb presentation on the current submarine force: status of the fleet; integration of women into the sub service; use of submarines to support our special operations forces, and more. Thanks, Master Chief, for a most interesting and informative talk. 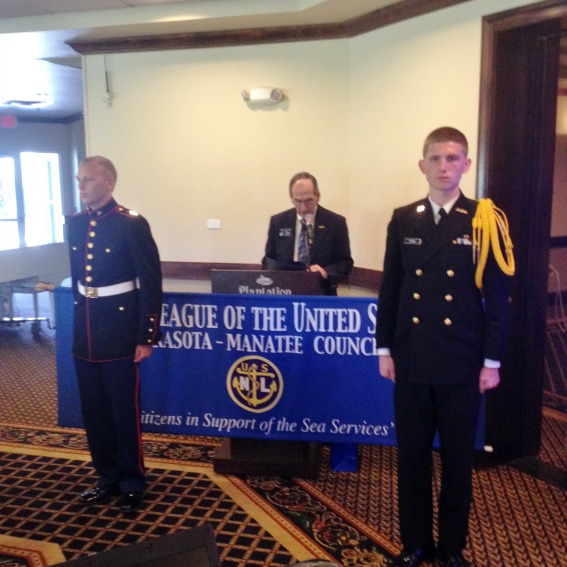 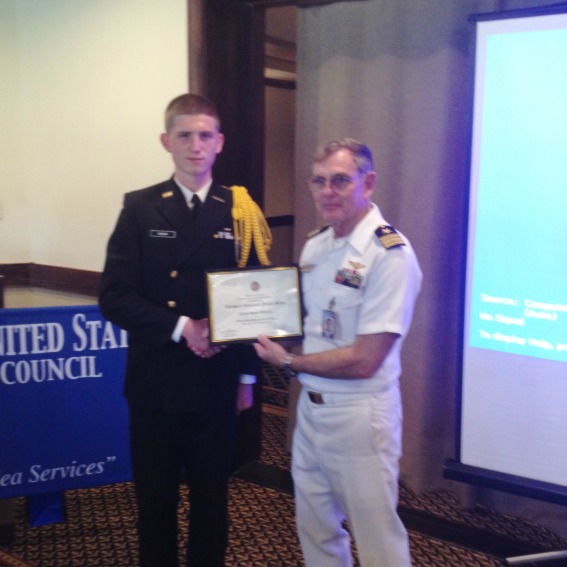 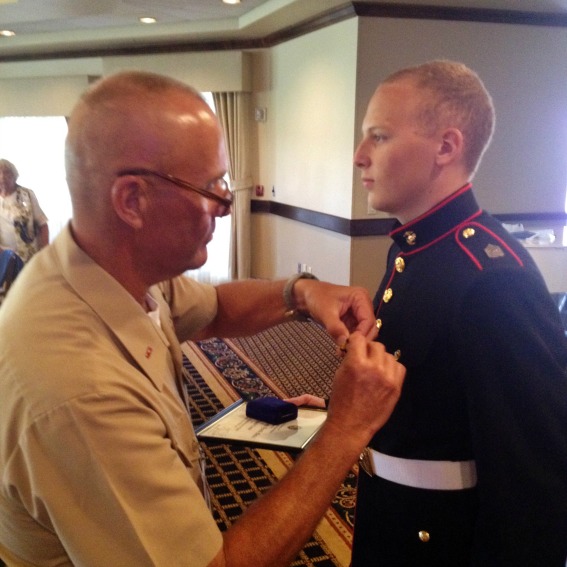 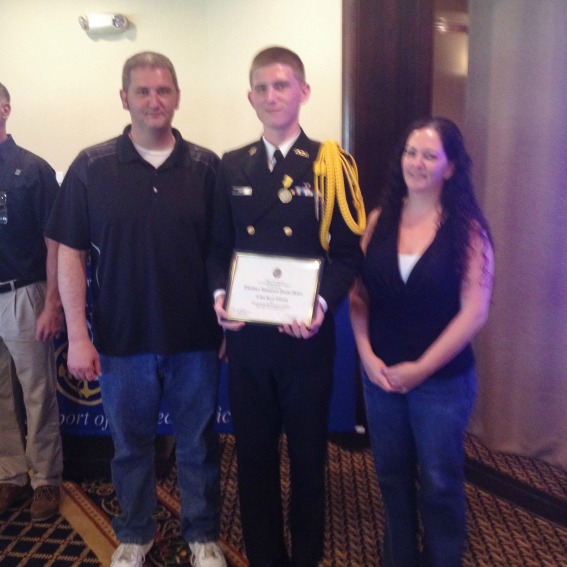 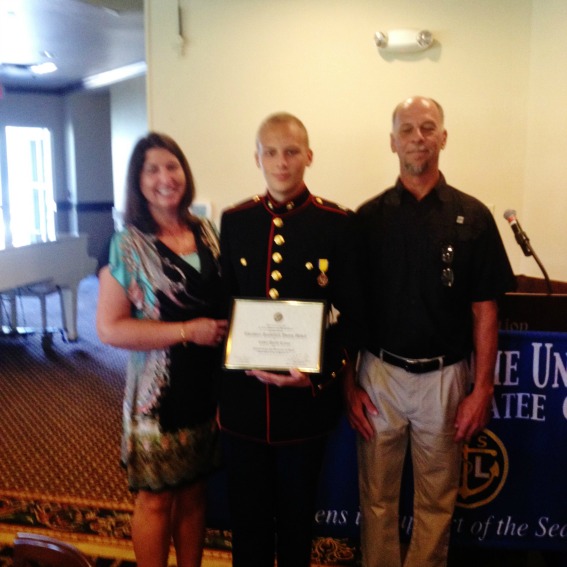 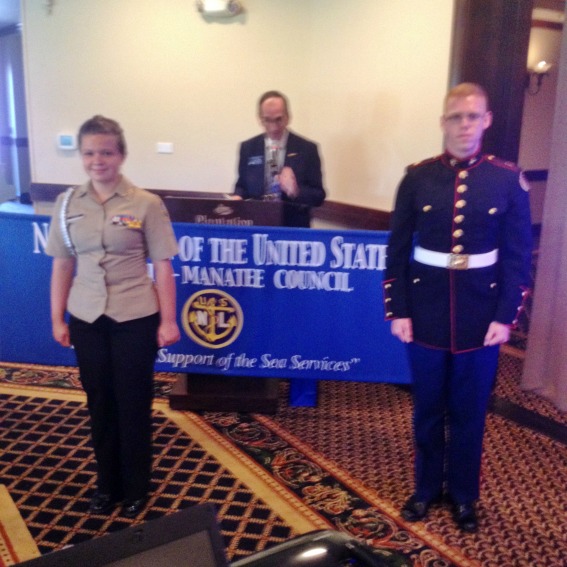 Cadet Elizabeth Sturges of North Port HS and Cadet Ryan Jungels of Venice HS as President Rocklein reads the citation for their $1000 scholarships. 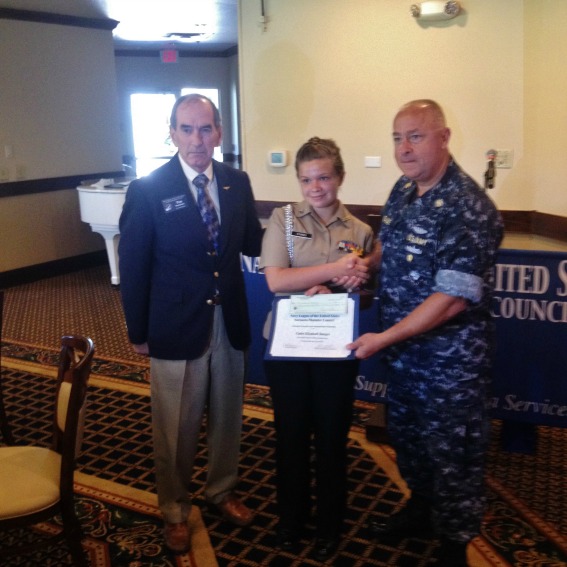 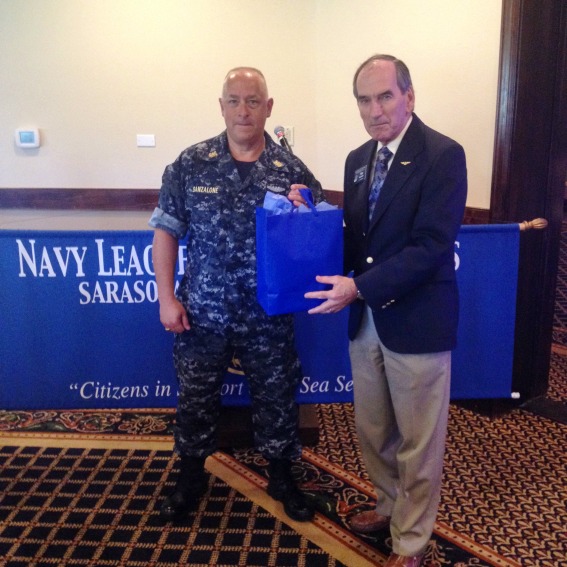